Liverpool may be defending champions but more eyes are arguably on Chelsea ahead of the new Premier League season.

After being banned from signing players last summer, Frank Lampard has certainly made up for lost time in this transfer window by making SIX major signings.

Lampard has spent over £200million on new signings this summer

Hakim Ziyech, Timo Werner, Malang Sarr, Ben Chilwell, Thiago Silva and most recently Kai Havertz have all walked through the Stamford Bridge door and Chelsea may not be done there.

They’re reportedly closing in on the signing of goalkeeper Edouard Mendy from Rennes, while West Ham star Declan Rice has also been heavily linked with a move.

Chelsea have gone for it this summer and having done well to finish in the top four last season, fans will be hoping they can mount a serious challenge for the title this term.

The first obstacle in their potential title bid sees them travel to Brighton on Monday, who they actually played in a pre-season friendly last month.

That match finished 1-1 but Chelsea will want the victory this time around if they’re to keep up with the likes of Liverpool and Manchester City in 2020/21.

But what team might Lampard pick for their trip to the Amex Stadium, talkSPORT.com takes a look.

How Chelsea should line up against Brighton

When you’ve made so many signings, the first match of the season is a perfect opportunity to show them off. However, not all of them should get the nod.

Ironically, despite all this huge recruitment, Chelsea may be slightly short up front with Ziyech and Christian Pulisic nursing injuries.

Ziyech twisted his knee against the Seagulls and while it’s thought not to be as serious as it sounds, it would be silly to try and rush him back.

Pulisic is not expected to be fit for Chelsea’s opening match as he’s still recovering from the hamstring injury he sustained in the FA Cup final defeat to Arsenal. Lampard has stressed the American won’t be rushed back back so don’t expect Pulisic to play this game.

Further back, Ben Chilwell is understood to be working on his fitness having sustained a heel injury towards the back end of last season. while Reece James is also a doubt.

However, there’s no reason why Werner, Havertz and Silva can’t play so they make our XI.

Werner was a versatile forward at RB Leipzig but the signing of Havertz suggests Lampard sees Werner as his main striker and Havertz as his attacking midfielder.

Mason Mount is more effective in midfield but Pulisic’s likely absence means he may have to fill in on the left. Ziyech’s knock will be a good chance for Callum Hudson-Odoi to hit the ground running after a frustrating 2019/20 season.

In defence, we’ve gone for Antonio Rudiger alongside Silva, which is a very experienced centre-back pairing.

On the right is club captain Cesar Azpilicueta while Chilwell’s injury means Marcos Alonso has another chance to prove to Lampard that he should be the first choice left-back.

You’ll see we’ve gone for a different formation to the 4-3-3 system Chelsea used last season but it’s a necessary change.

Chelsea conceded 54 Premier League goals last season, more than any other side that finished in the top ten. Having two defensive midfielders is a must to protect the defence that was exposed far too many times.

With this system, N’Golo Kante will finally be used in his best position again having been told to play as a No.6 for the last two seasons.

Mateo Kovacic would be a shoo-in to play alongside Kante, however, the Croatian is suspended after being sent off in the FA Cup final.

This means Jorginho, who’s future at the club has looked uncertain this summer, can play alongside Kante. The Italian will be the more creative option while Kante will be mainly focused on breaking up the opposition’s play.

The Italian is better suited in a midfield three but the need for the team to be tighter in defence firmly outweighs playing to his strengths. He’s an elite level footballer, he can adjust to this slightly different role.

There’s also the small matter of who should play in goal. Whether Mendy signs before the Brighton clash or not, it’s likely Lampard will have to pick between Kepa Arrizabalaga and Willy Caballero.

We’ve gone for the veteran Argentina international as Lampard has clearly run out of patience for Chelsea’s record signing. 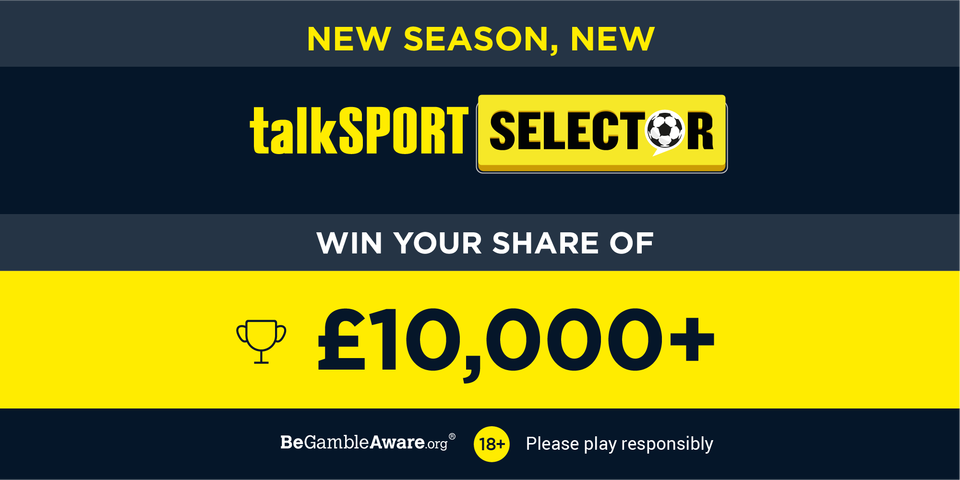 Play our new talkSPORT Selector game NOW! Simply pick one winning Premier League team each Gameweek and you could win a share of £10,000. 18+ Full terms and conditions apply. BeGambleAware.Org.