When Mitch Steller first moved into his house on a lush 117-acre golf course in Southern California, “this was like the Garden of Eden, having a golf course in my backyard,” he said.

Today, his Poway, Calif., home overlooks dry, dead grass in place of a once-verdant fairway. The golf club closed in 2017. “The fairways are brown, the greens are gone, the buildings are being vandalized,” says Mr. Steller, a 70-year-old maritime-management consultant.

Forty years after developers started blanketing the Sunbelt with housing developments built around golf, many courses are closing amid a decline in golf participation, leaving homeowners to grapple with the consequences. People often believe a course will bolster their property values. But many are discovering the opposite can now be true—and legal disputes are erupting as communities fight over how to handle the struggling courses.

“There are hundreds of other communities in this situation, and they’re trapped and they don’t know what to do,” says Peter Nanula, chief executive of Concert Golf Partners, a golf club owner-operator that owns about 20 private clubs across the U.S. One of his current projects is the rehabilitation of a recently acquired club in Florida that had shut one of its three golf courses and sued residents who had stopped paying membership fees.

More than 200 golf courses closed in 2017 across the country, while only about 15 new ones opened, according to the National Golf Foundation, a golf market-research provider. Florida-based development consultant Blake Plumley said he gets about seven phone calls every week seeking advice about struggling courses, from course owners or homeowners’ associations. He said most of those matters end up in court, and predicted that the U.S. is only about halfway through the number of golf-course closures that will eventually occur.

When a course closes, prices for nearby homes typically fall about 25%, Mr. Plumley said. Prices can plummet 40% or 50% if a contentious legal battle arises, as potential home buyers balk at the uncertainty accompanying litigation. 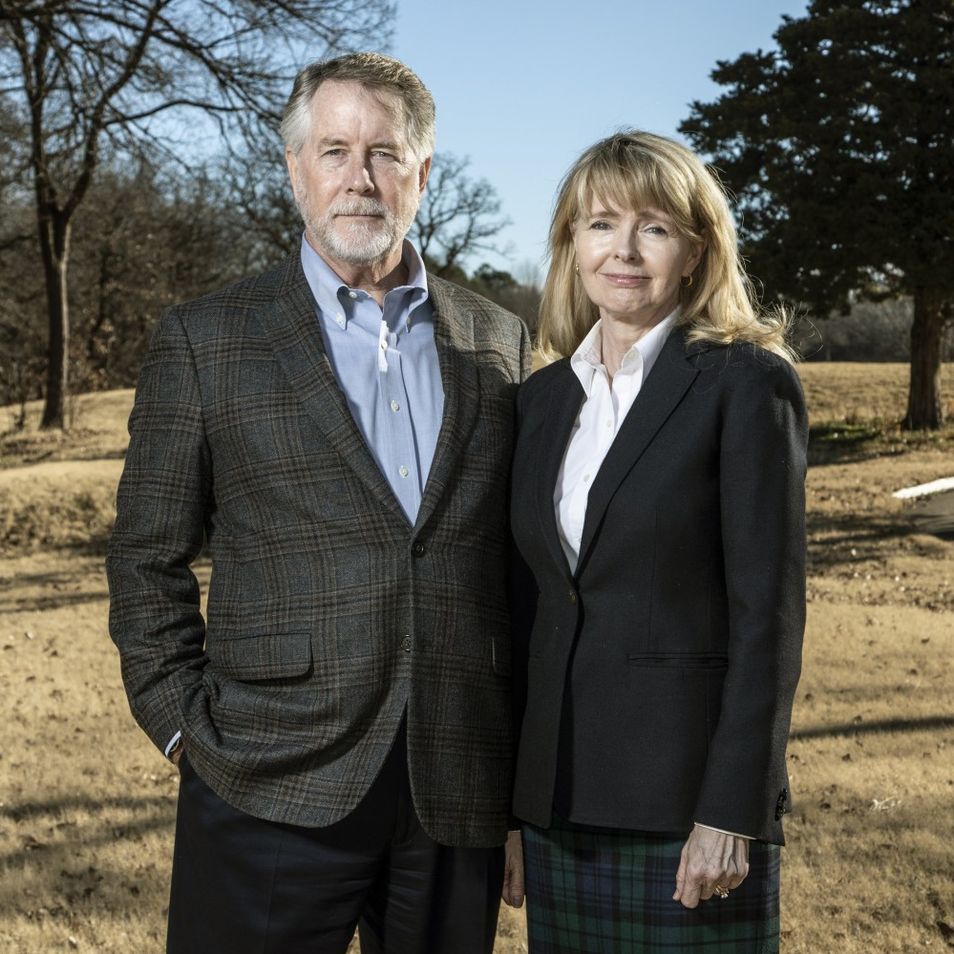 David and Deborah Jacobson at the now-closed Coffee Creek Golf Course, where they own a home.


In the 1980s and ’90s, developers flooded the market with golf-course communities, offering not just golf but manicured grounds, a resort-like feel and an instant social life. The country now has about 3,800 private golf clubs. Of the roughly 1,200 private clubs with homes within or adjacent to the gates, some 950 were built between 1970 and 2010, said Jason H. Becker of Golf Life Navigators, a company that helps home buyers find clubs. The communities are structured in a variety of ways: some golf clubs are owned by a homeowner’s association, while other communities border separately-owned courses.

But golf’s popularity has declined in recent years, as younger generations haven’t taken to the game with the same level of enthusiasm as their predecessors. Golf participation peaked in 2001, when nearly 30 million people played more than 500 million rounds; in 2017, that figure dropped to nearly 24 million people playing about 450 million rounds, according to the National Golf Foundation. In 2005, there were more than 16,000 golf courses in the U.S.; in 2017 there were fewer than 15,000.

In the early 2000s, as golf communities starting feeling the strain, many clubs began requiring all of their home buyers to become members. Designed as a way to guarantee more cash flow for clubs, so-called mandatory membership can end up harming home values by narrowing the pool of potential buyers. “What we are consistently seeing is that those properties, all else being equal, are selling way below what they should be selling for,” says Ken Johnson, a real-estate economist at Florida Atlantic University.

In Lake Worth, Fla., the Fountains of Palm Beach community in the early 2000s made it mandatory for all of its homeowners to become members of the Fountains Country Club, located within its gates. As the original owners of homes in the Fountains started dying or moving out, mandatory membership made it difficult to sell their homes, says Fountains homeowner Sharon Harrington, who also works as a real-estate agent in the area.

“The younger people are not interested in golf,” Ms. Harrington says. “They avoid these communities altogether.” Values started going “in the toilet,” Ms. Harrington said. “People just needed to get out.” Homes that had previously sold for around $400,000 traded for than less than $200,000, she said.

Meanwhile club fees were rising; Ms. Harrington said by 2016 her dues had climbed to around $24,000, up from less than $5,000 when she first joined. Feeling that the costs were unjustified, she stopped paying her dues. A number of other residents also stopped paying, and the club filed lawsuits to get them to pay.

In 2016 the club closed one of its three golf courses at the site, and in 2018, the members voted to sell the club to Concert Golf Partners. The Fountains no longer has mandatory membership, and home prices are recovering, said Mr. Nanula. He said Concert also paid off the club’s debts and has made capital improvements to its facilities, and is in process of preparing the now-closed third golf course to be redeveloped as housing. 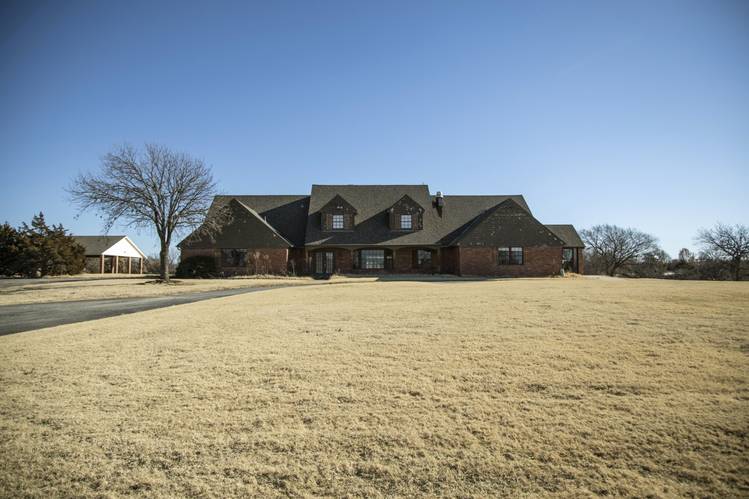 
Ms. Harrington said the suit against her was dropped after Concert’s purchase, as were others that hadn’t already been dismissed or resolved. While she still owns her home at the Fountains she is no longer a member of the Fountains Country Club, and now belongs to another nearby golf course.

Other clubs have held on to the idea of mandatory membership. In Boca Raton, Fla., a new 10-story condo called Akoya Boca West is under construction in the Boca West gated community. Buyers must become members of the Boca West Country Club, which requires an initiation fee of $70,000, plus monthly dues of roughly $1,000.

Roughly 40 percent of the project’s units remain unsold after three years on the market, says Robert Siemens of Siemens Group, the project’s developer. With sales lagging early on, he said Siemens redesigned some of the units in response to feedback from potential buyers. But he doesn’t believe the club’s mandatory membership is a deterrent to buyers, for whom prices now start at around $1 million. “These are highly successful people with a lot of disposable income,” he said. “If they want to live in Akoya, that $70,000 is not going to stop them.”

Among the buyers at Akoya are Phil Kupperman and his wife Jill, who are in contract to buy a three-bedroom apartment there. Currently residents of another development within Boca West, they are downsizing from a roughly 4,000-square-foot house.

Mr. Kupperman, a self-described “golf fanatic,” said Boca West’s amenities—including four golf courses—more than justify the cost. He said he views mandatory membership as a positive, providing funds to keep the clubs’ infrastructure up-to-date and ensuring that “the people coming here are the people you want in your community,” since they are vetted by the country club before being allowed to join.

The Kuppermans have faced difficulty selling their current Boca West house, which they bought for $1.175 million in 2005. After hitting the market about three years ago for $1.575 million, the house is now priced at $999,999. The Kuppermans blame market softness.

When a golf course closes, it causes distress for people who live on the course, many of whom paid a premium for a location overlooking the links. “We all paid more money to have a golf course lot, and to have that taken away just doesn’t seem right,” said David Jacobson, who owns a home on Edmond, Okla.’s now-closed Coffee Creek Golf Course. After the public course was sold and closed in 2017, the Coffee Creek homeowners association filed a lawsuit against the new owners claiming that they have a duty to continue operating a golf course on the site. The suit is ongoing. 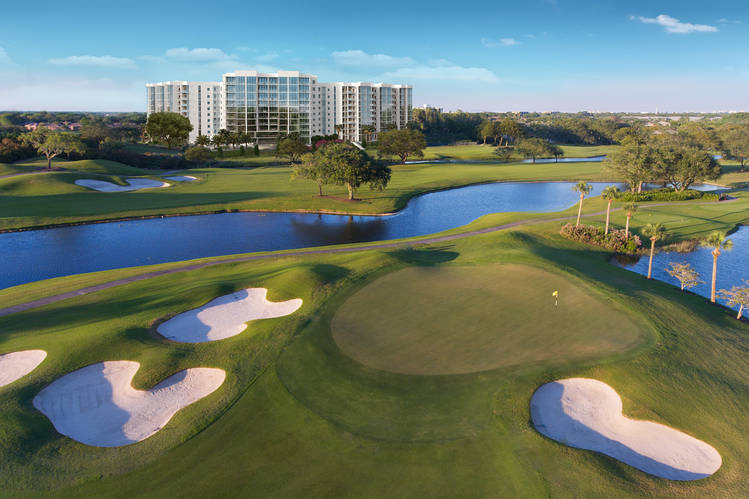 Roughly 40 percent of the units at Akoya Boca West (rendering shown), a condo under construction in Florida’s Boca West gated community, remain unsold after three years on the market.


“They hadn’t made money at that golf course in years,” said Kyle Copeland, who bought the property with partners in 2017 and plans to develop it, noting that it is zoned for single-family residential. “The thing is going to be redeveloped—it’s not ever going to be a golf course again.”

The city council in November denied Mr. Copeland’s initial plan for a mixed-used development on the site of the former course. He now plans to build single-family homes there instead.

At Mitch Steller’s California home, which overlooks the brown grass of the now-closed StoneRidge Country Club, the golf course isn’t coming back any time soon. Longtime resident Kevin McNamara recently acquired an option to purchase StoneRidge from current owner Michael Schlesinger. Mr. McNamara is a former member of the club, which he says had been struggling financially for years amid dwindling membership. When contacted by The Wall Street Journal, Mr. Schlesinger requested a list of emailed questions but didn’t answer them.

After signing the option agreement, Mr. McNamara said he asked consultants about the feasibility of reopening the course, but “they just laughed at me,” he said, adding: “The economics just don’t work anymore.” Instead, he’s planning to build an “agrihood” development on the 117-acre parcel, with 162 homes and about 40 acres devoted to agriculture, such as a butterfly farm. Mr. McNamara’s plan has to be approved by local residents through a citywide vote.

For some, it is paradise lost. Lou Altieri, a 68-year-old who paid more than $1 million for a house at Kensington Golf & Country Club in Naples, Fla., in 2005, likened his initial experience of living in a golf community to being “on a cruise ship all the time.” When he joined the club, he said he was told he’d get a partial refund of his $45,000 initiation fee if he left. But when he decided to resign from the club several years later, he was told there were about 60 people ahead of him on the “resign list,” each with a membership that had to be sold to a newcomer before Mr. Altieri could receive his refund.

Unwilling to accept this, Mr. Altieri stopped paying his dues, and the club sued. The two parties eventually settled in arbitration and Mr. Altieri left the club, selling his house at a loss in 2011.

Kensington’s General Manager, Dave Krzywonos, said the club has since changed its rules to give members more options for resigning, and says “refundable memberships” like Mr. Altieri’s are no longer sold. Members who join now can quit after a year-long waiting period, but those who resign must maintain a social membership for a reduced fee as long as they live in the community.

Mr. Krzywonos acknowledged the problems facing the golf-club industry. “They built so many clubs,” he said. To ensure financial stability, he said, Kensington and other clubs have little choice but to institute rules such as the social-membership requirement. “A club cannot exist in a gated community if you don’t have 70 to 80 percent of the members supporting it,” he said.

(News Corp, owner of The Wall Street Journal, also operates Realtor.com under license from the National Association of Realtors.)

Write to Candace Taylor at Candace.Taylor@wsj.com