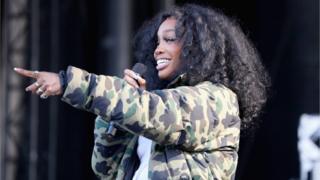 Beauty chain Sephora will close its US stores on Wednesday for diversity training, a month after a racial incident involving singer SZA.

The R&B artist said she had been racially profiled while shopping at a Sephora store in California.

The firm told Reuters it was aware of the incident but said the training was not “a response to any one event”.

In a tweet on 1 May, SZA said while shopping at a Sephora store in outside of Los Angeles, an employee she identified as “Sandy” had “called security to make sure I wasn’t stealing”.

Lmao Sandy Sephora location 614 Calabasas called security to make sure I wasn’t stealing . We had a long talk. U have a blessed day Sandy

The company responded at the time on Twitter: “You are a part of the Sephora family, and we are committed to ensuring every member of our community feels welcome and included at our stores.”

You are a part of the Sephora family, and we are committed to ensuring every member of our community feels welcome and included at our stores.

Last year US website Refinery29 reported the singer had previously worked at Sephora.

SZA has been nominated for numerous Grammy awards, and recently collaborated with Kendrick Lamar on the track “All the Stars” which featured on the soundtrack of the film Black Panther.

In a Facebook post, Sephora said it would hold “inclusion workshops” on the morning on 5 June at its US stores as well as its distribution centres and corporate offices.

Sephora did not immediately respond to BBC requests for comment about the training.

Emily Shapiro, a spokesperson for Sephora, told Reuters the store closures were not “a response to any one event,” saying that planning for the “inclusivity workshops” had been in progress for months.

Last year Starbucks shut all 8,000 company-owned branches in the US for an afternoon to carry out “racial bias” training.

The move came after the firm had to apologise over last month’s arrest of two black men who were waiting to meet someone in a Starbucks in Philadelphia.

The incident sparked calls for a boycott of the coffee chain.