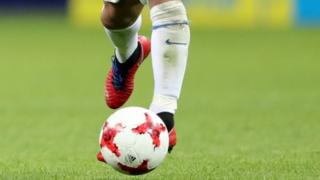 The football federation in Chile has announced it is to cancel the rest of the season due to security concerns following weeks of anti-government protests.

All matches were suspended when the violence began six weeks ago.

The six remaining fixtures have all been cancelled and no teams will be relegated or promoted.

Universidad de Chile have been declared the champions, their 19th league title.

They were leading the championship by 13 points. Their opponents have agreed to abandon the rest of the season and name the team the winners.

The World Rally Championship motor race Rally Chile has also been cancelled due to the unrest.

It was scheduled to take place in April, the month in which the government has agreed to hold a referendum on a change to the country’s constitution.

What are the protests about?

The protests were triggered by an announcement that public transport fares would rise in the capital, Santiago.

Demonstrations quickly spread across the country and grew into a general revolt against inequality, the high price of health care and poor funding for education.

Harsh repression by the security forces further stoked the anger of those protesting as did the response by President Sebastián Piñera, who declared a state of emergency and said the country was “at war”.

At least 26 people have been killed and hundreds injured in the unrest.

Two weeks ago, President Piñera agreed to a referendum asking Chileans whether they want to introduce changes to the constitution.

The current constitution came into force in 1980 when the country was still under military rule.