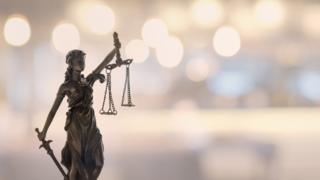 Canadian politicians have condemned an “appalling” police interrogation of a teenager who reported an alleged sexual assault.

Videos obtained by aboriginal television network APTN show a police officer asking the girl whether she “was at all turned on” by the incident.

The news organisation did not identify the teenager, who is indigenous, in the video.

The police interview took place in 2012 in the province of British Columbia.

According to APTN, the video was released as part of a civil suit being filed by the alleged victim, who was in foster care at the time, against the British Columbia Ministry of Child and Family Development.

The line of questioning was called “profoundly outdated, offensive, and wrong” by federal Public Safety Minister Ralph Goodale on Wednesday.

“No survivor of sexual assault should ever fear that their case will not be taken seriously or that they will be re-victimised in the process,” the minister said responding to official opposition leader Andrew Scheer during parliament’s question period.

Mr Scheer said he was “shocked and horrified” by the video and described the line of questioning as “appalling and insensitive”.

The videos show an unidentified Royal Canadian Mounted Police officer asking the girl about how the alleged incident compared to her previous sexual experiences; about how hard she tried to fight, and later, warning her about the consequences of making a false report.

He also questioned whether she was “responsive” to the man she said assaulted her.

“Physically you weren’t at all responsive to his advances?” the officer asks. “Even maybe subconsciously?”

“Maybe subconsciously. No. Not. I was really scared,” she responds.

The officer answers: “Because you understand that when a guy tries to have sex with a female and the female is completely unwilling it’s very difficult, right?”

Criticism of the line of questioning seen in the video comes amid scrutiny of how the country’s legal system handles sexual assault cases.

Members of parliament passed a private member’s bill in 2017 that would require all new judges to have completed training in sexual assault law, as well as social context education, but the proposed legislation has been languishing in the Senate since.